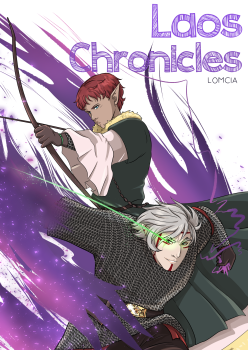 Two Elvish kingdoms were to be united by an arranged marriage. However, one of the kingdoms was attacked by monsters (Mepleye). Only one elven from the royal family survives and was saved by a white dragon - Princess Separhin De'la Husky. She is taking refuge from her future husband in Wintergarden.